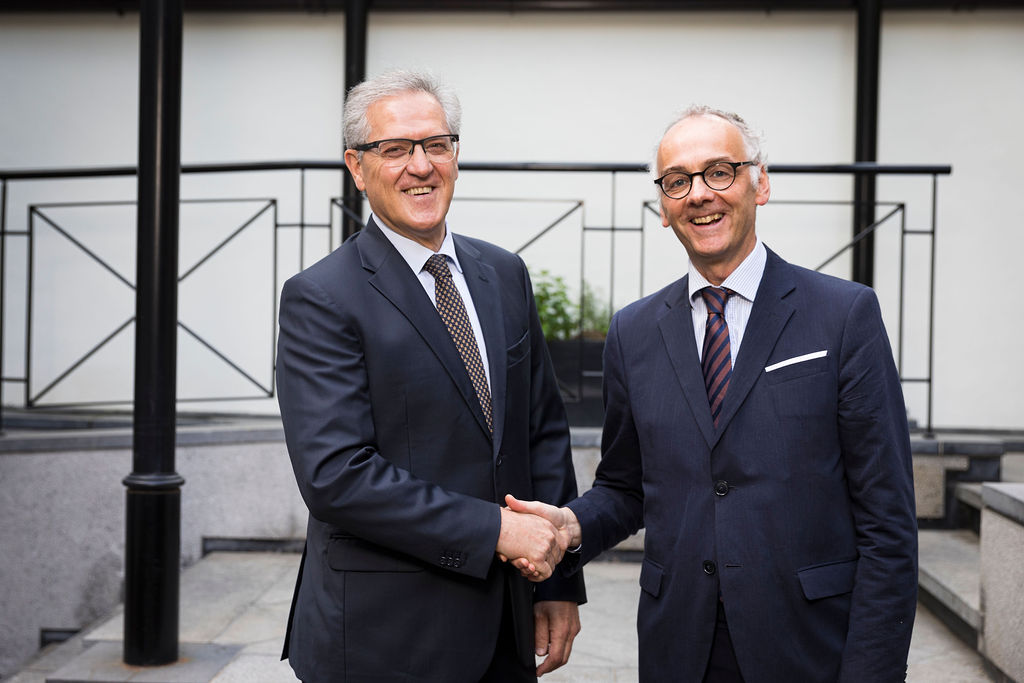 With the announcement of a new President and Director General, EURATEX prepares itself to promote and defend the European apparel and textile industry in the years to come.

Brussels, 13 June 2019 – The appointed EURATEX President Alberto Paccanelli (IT) has a clear vision for the future of the organisation: working together with EU institutions, European and international stakeholders, EURATEX will continue to focus on its key pillars – an ambitious industrial policy, effective research, innovation and skills development, free and fair trade, and sustainability.

During his two-year term as President, Mr Paccanelli wishes to invest efforts in reaching these goals. “I commit to serving EURATEX at my best”  he states, also pointing out that “unity and collaboration between all member organisations will be essential to support EURATEX in defending the interests of our industry”.  With international experience both in the textile industry and management consulting, since 2007 Alberto Paccanelli is CEO and shareholder of the Martinelli Ginetto Group in Bergamo, Italy, specialized in high-end home textile products. For many years he has been actively involved in representing the industry at both European and national level, as President (2011-2014) and Vice President Treasurer (2014-2019) of EURATEX, as member of the Steering Committee of Sistema Moda Italia, and as President of the Italian Technology Platform for Textile and Apparel. Mr Paccanelli will lead the team of EURATEX Vice-Presidents Jean-François Gribomont (BE), Gregory Marchant (FR), Rusen Cetin (TR) and Bodo Bölzle (DE).

To run the Brussels office, Dirk Vantyghem (BE) has been appointed as the new Director General of EURATEX. Mr Vantyghem has over 20 years of experience in representing European businesses, as a Director at the Association of European Chambers of Commerce and Industry (EUROCHAMBRES) in Brussels. With an economic background (College of Europe), his expertise relates to international trade, SME development, EU programmes and economic diplomacy. “I am committed to grow EURATEX into an essential interlocutor for EU policy makers, and to support our membership in promoting a competitive industry”, commented Dirk during his meeting with EURATEX members. “With a new European leadership coming into power, it is the right time to prepare ourselves for an ambitious partnership with the EU.”